How much do you access your email from mobile compared to desktop?

And also, how much are you concerned about your email privacy when using email on mobile devices?

Email, of course, is one thing that people check the most.

3 out of 5 users will check their email inbox on their mobile instead of desktop. Also,close to two-thirds of email opens happen on mobile (versus 28.3% on webmail clients and 9.8% on desktop), according to Email Monday.

This, however, raises an important question.

How private is the email you send from your mobile device?

And email services like Gmail, Microsoft Outlook or Yahoo Mail are not it.

That’s regardless of whether you are sending your emails from desktop or mobile.

Why Do You Need An Anonymous Email App In Your Life?

In fact, because people tend to use mobile from a public place, like a cafe, there are more risks in opening emails on mobile than on desktop.

Public WiFi is well documented as being not very safe for many reasons, including:

With a WiFi sniffer, a hacker can detect unsecured networks and monitor and record their traffic for useful information.

By taking over a public network, hackers can use a connection to your device and redirect your communication to a fake website. For example, this might be a fake bank website where they trick you into giving your login credentials.

If you’re ever using WiFi in a cafe, be sure to ask someone working there for the network name and password. Otherwise, you might risk logging into a fake hotspot. From here, hackers can record your keystrokes including usernames and passwords to your accounts.

Finally, while on a public WiFi, you might get pop-ups and messages that your device “has been compromised”. These “warn you” to install an update or similar. This is all to scare you into installing something on your device, which of course turns out to be malware.

That’s enough reason I think to make you stop and think.

Unfortunately, although there are many anonymous email providers out there, not all of them have an Android or iOS app.

That’s a bit surprising given that nearly 1.7 billion users check their email on a mobile device, and less than 1 billion (0.9 billion) do so on a desktop. (The Ultimate Mobile Email Open Statistics).

Obviously, the users want to access their private email from mobile as much, if not more than from desktop.

CTemplar is one of the few providers that has an anonymous email app.

If you’ve been following us for a while, you probably remember that back in January, we launched our app for Android for beta testing.

Since then, thanks to your incredible feedback, we’ve released a steady version of our CTemplar email mobile app.  Current version is 1.2.6. and works from 4.1 “Jelly Bean” up to the latest Android version.

Right now, we have over 500 downloads on Android.

Keep in mind that we only recently released our iOS app (current version is 1.0.2), so there is still a good deal of work to be had on it.

We greatly appreciate any feedback you have, even negative one. This helps our developers see any bugs and mistakes that we missed on our part and keep improving our app for you.

Speaking of feedback, you can also find us on Reddit. Our anonymous email Reddit page is r/ctemplar. So be sure to hop over if you have any questions, suggestions or feedback about our email service, or just to say hi.

You can also often find us on the email privacy, security & anonymity subreddit r/EmailPrivacy.

We look forward to hearing from you.

At the end of the day, we developed our email service to serve your privacy & security needs. That is why we rely on your feedback to be able to offer a better service in the future.

So, we’d like to hear from you. What do you like about our email service? Is there anything you would like to see in the CTemplar anonymous email app that we didn’t add already? 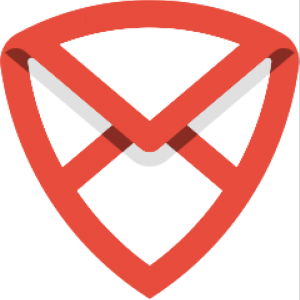 Godfrey de Saint Omer enjoys security/security and loves the community. He welcomes comments or suggestions to the platform because he feels like many of the best comments come from average users.

How much do you access your email from mobile compared to desktop?  And also, how much are you concerned about your email privacy when using email on mobile devices? It...

If you’re using email, you already know it’s a very convenient and easy way to communicate. Just write a message, click “Send” and the other side will get it almost...

Today, there are over 3.9 billion email users in the world, according to a Radicati report. Every day, they are sending and receiving 300 billion emails. And yes, if you...

Did you ever wonder how to get anonymous email but kept shying away from it because you thought it to be complicated? Or you had to know how to set...